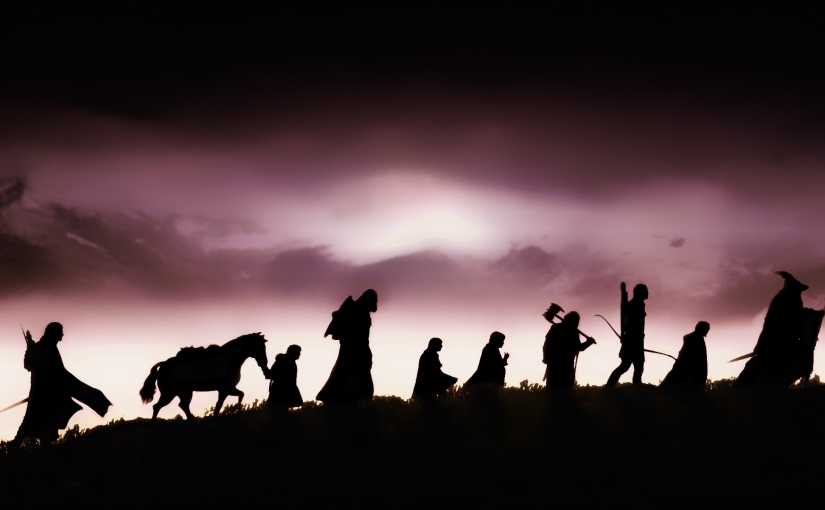 This concept is actually a trope-name, which is quite typical for Fantasy (hello “Fellowship of the Ring” I’m looking at you.)  The gathered special-op team has the utmost important mission – saving the world, ensuring the good guy’s victory, seat the usurped/hidden king or queen on the throne. But the ragtag band is not made of just the best at what they do, they are often misfits of their society, outcasts, misunderstood, ridiculed because of biases, or not living up to society’s short-sighted demands, expectations or restrictions. If they gather around a heroic (future) leader figure, then these misfits will be true at heart. If they gather around a villain, then so are they. And despite their differences at the appropriate time they are expected to stand together and become a Badass Crew.

George has several such ragtag bands “gathering” or “forming” all over Planetos, some of which inevitably will clash or oppose one another, and we can expect some ragtag bands to ultimately fail. I propose the following ragtag bands assembling, evolving or disbanding.

In each ragtag band certain roles are featured time and time again, sometimes literal at other times more figurative:  bastard, the fat guy/lady, fool or singer, a wizard or magician, a princess, a prince, a cross-dresser, a dead person but alive nonetheless, a (hedge/true) knight, religious figure (septon, septa, priest or priestess, woods witch), an armorer/smith, father figure, a dragon, a maid, a maester, healer, orphans, armed brotherhood, hidden royal heir, a eunuch and androgynous, a coward, …

One character can conflate roles, but unless the ragtag’s army shares the trait (like Dany ‘s Unsullied eunuchs), two people never fill in the same role at once in the same band. Some characters change team (such as Tyrion). And a few characters are part of the team from a far distance, possibly without realizing it. This means that a parallel role between two characters does not always mean we should conflate their identities.

Ragtag Bands have features that unite them:

These three form the Ragtag’s member rules, defining the identities of those individuals. If an individual does not share those commonalities, then they are not a member but an infiltrating agent working for another ragtag band.

Readers love to figure out the “true identity” of a character, who they were in another lifetime, before they became a member of a certain ragtag. But it cannot be done successfully outside context (or hinted plot). The Ragtag member rules and who else is already part of it (unless it’s an army’s trait) are that context.

The essays will cover a ragtag band in general, but also its members one by one. For now, I have essays for the ragtag band of exiles, with essays for both Illyrio and Varys completed. I am currently working on an essay of Tyrion within this ragtag, and I have raw material on Ser Rolly Duckfield, Jon Connington, Aegon, Septa Lemore and Haldon Halfmaester.

I am also proud to announce that Blue-Eyed Wolf of westeros.org has published an theory for Shadrich, Morgath and Byron of Sansa’s team that I can truly recommend.